Mr. Robert C. Shy was the driving force behind the formation of Shelby County Community Theatre. He, along with other interested community friends, worked until they saw the theatre become formally chartered on June 30, 1977. A successful first production, The Music Man, directed by Shy, was performed on the stage of the Shelby County High School in August, 1977.

In 1978, the first children’s play, Reynard the Fox, was performed, paving the way for many successful productions put on by young people in the community.

With no venue of its own, the new theatre group found itself staging plays in the Shelby County Court House, at Floral Hall, at East Middle School, and at the high school. It proved to be a logistical nightmare for the vagabond troupe, especially following the departure of Bob Shy. Instead of depending on volunteer directors, it was decided that the board would pay directors with training and experience to assist the local group of actors. Eugene Stickler, drama teacher at Seneca High School in Jefferson County, was one of several directors who stepped into that role and has been an integral part of Shelby County Community Theatre ever since. He is the playwright of the world premier musical production of Science Hill, 1919 performed in July, 1999 to sold-out audiences. Betty Jean Chatham wrote the music for the play based on Shelbyville’s historic landmark, Science Hill School.

With the need for ongoing financial security, the board approved the idea of an annual ball as a way to raise necessary funds. The first Fantasy Ball became a reality in 1977 as Floral Hall was transformed into a virtual flower garden by dozens of volunteers. Over $10,000 was raised from the auction of items donated by local and regional individuals and businesses. It remained the main source of revenue for the theatre for many years, with its success due to the many volunteers who spent countless hours on each aspect of the fundraiser.

In the fall of 1979, the board started looking for a permanent home for the theatre. The present building at the corner of Eighth and Main Streets was purchased with a line of credit from local banks for $30,500 on October 27 of that year. Mrs. Helen Schmidt contributed $30,000 toward the purchase. In August, 1981, directed by Gene Stickler,Oklahoma played to eight sold-out audiences on its new home stage. Since 1979 several adjoining pieces of property have been acquired, and in 2004, the exterior of the existing buildings underwent extensive renovation following the recommendations of the historic district of downtown Shelbyville.

A showcase for local vocalists and musicians, the first of many “Command Performances” was held in 1982 under the leadership of Frances Smith and concert pianist Betty Jean Chatham. In 1985, responding to the increased interest in children’s theater, director Harolyn Sharpe formed the Popcorn Theatre where children attended acting lessons on Saturday mornings followed by a public performance where they displayed their newfound skills. The theatre continues to open its doors to promote all aspects of the arts including art classes, acting workshops, dance recitals, concerts, and individual musical performances. Since 1997, Shelby County Community Theatre has been the venue for the highly competitive Arts on Main, an annual juried art show drawing acclaimed artists from Kentucky and neighboring states. Jean Logan, a longtime friend of the theatre and Fantasy Ball chairperson for several years, was instrumental in bringing the art show to Shelbyville and to the theatre.

A long-range planning committee is presently creating new goals for the theatre and looking for ways to utilize the adjoining property which was purchased in recent years. Our goal remains to create opportunities for involvement in the arts and provide the space needed to do so. 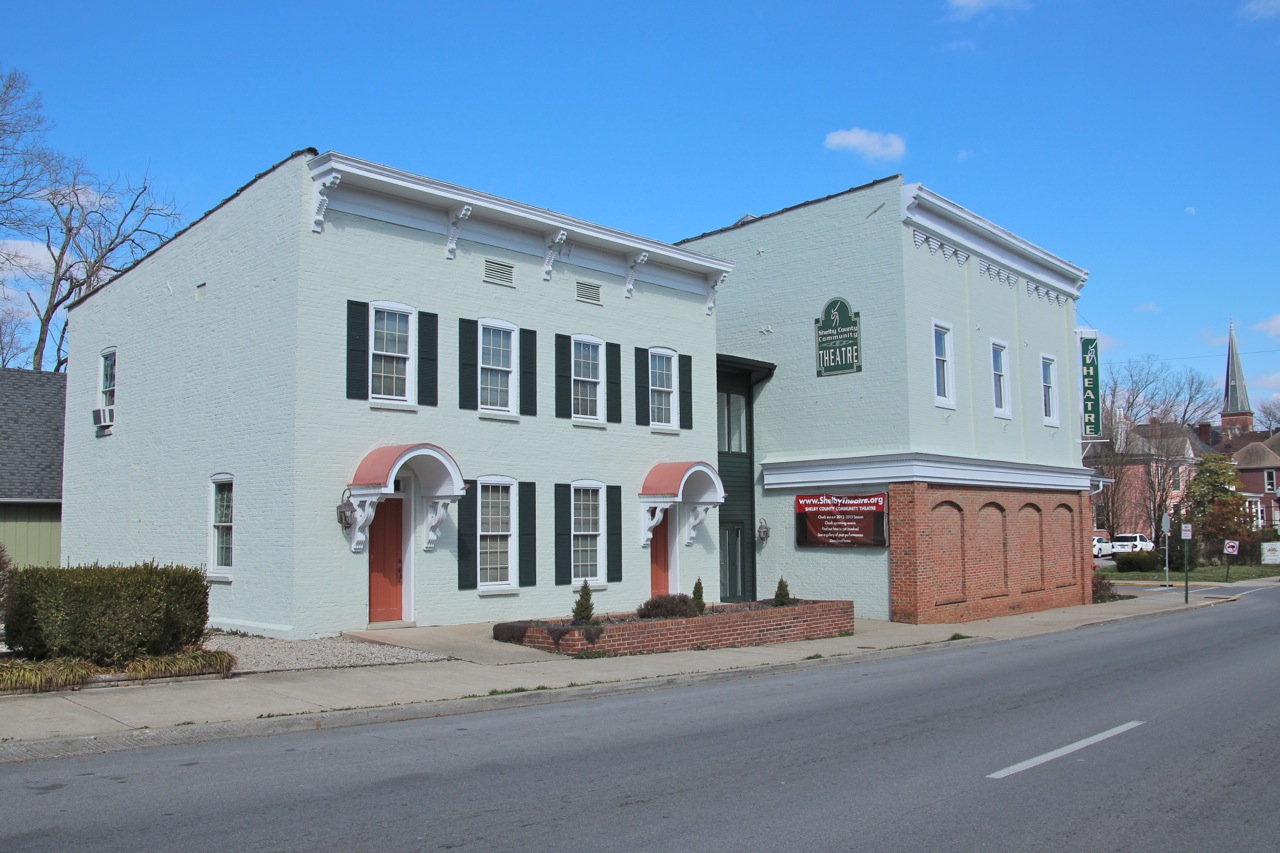